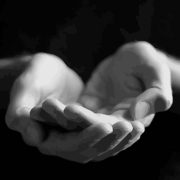 Zen Master Seung Sahn said there are two kinds of religion: “I want something” religion and “Give to” religion.

“I want something” religion means people want something –health, prosperity, peace, happiness, enlightenment, salvation, to go to heaven. Many kinds of wanting.

“Give to” religion means don’t think about “my” situation. How can I help you? In “Give to” religion, you must put down your opinion, your condition, and your situation. Then you can realize your true nature. Just give to others whatever they need. Just do it!

This is Zen practice. Then before you enter the meditation room, you are already practicing correctly. 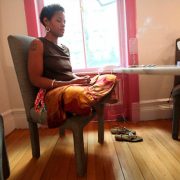 Your family doesn’t like you practicing Buddhism, many people have that situation. Why is that? Because they love you. All human beings want to protect the people they love. Because all human beings have an idea of what is correct life and what is good for their family and their children. Everybody has that.

Eugene is director of a Zen Center in Czechoslovakia. His parents are No.1 good Catholics and have never heard of Buddhism. Buddhism in Eastern European countries is really new and people consider that it could be a cult. After finishing a seven-day retreat, Eugene said, “Su Bong Soen Sa, let’s go to my parent’s place and take a little rest.” Right away, I was a little uneasy – “That’s OK with your parents?” So he said: “Don’t worry.” Then we went there. When we arrived at his house, his mother put out food, all vegetarian. They never ate vegetarian but she put out vegetarian food. After the meal, I laid down and slept on the couch next to the dining room, because I could perceive his mother’s mind is very open. The feeling to us is like – “You are my son. To me, you are family.” So I could do that. But still I didn’t understand.

At around 9 o’clock, Eugene’s father came home. Eugene stood up from his seat and went to the cabinet, took out his father’s eyeglasses, held them, and said “Dad, sit down, please.” He gave to his father the eyeglasses, then introduced us to him. Then I understood, this Eugene is No. 1 correct son. Not dependent on his practice or what he believes or not believes, always he has correct relationship, function and situation to his family.

So his family doesn’t care, meditation practicing or demon practicing. Most important is what is our son’s relationship to us. That’s the proof. “One action is better than ten thousand words”. One action – what you are doing, is beyond dependency on name and form. 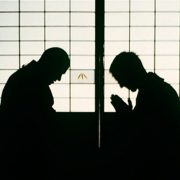 Once a student went to the Zen Master and said, “My meditation is horrible!! I feel so distracted…. my legs hurt… sometimes I fall asleep. It is just horrible!!”

The teacher replied, “Don’t worry, it will pass.”

A week later, the student came back to his teacher and said, “My mediation is wonderful!! I feel so aware, so peaceful, so alive. It is just wonderful!!”

The master replied, “Don’t worry, it will pass.” 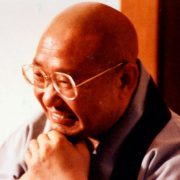